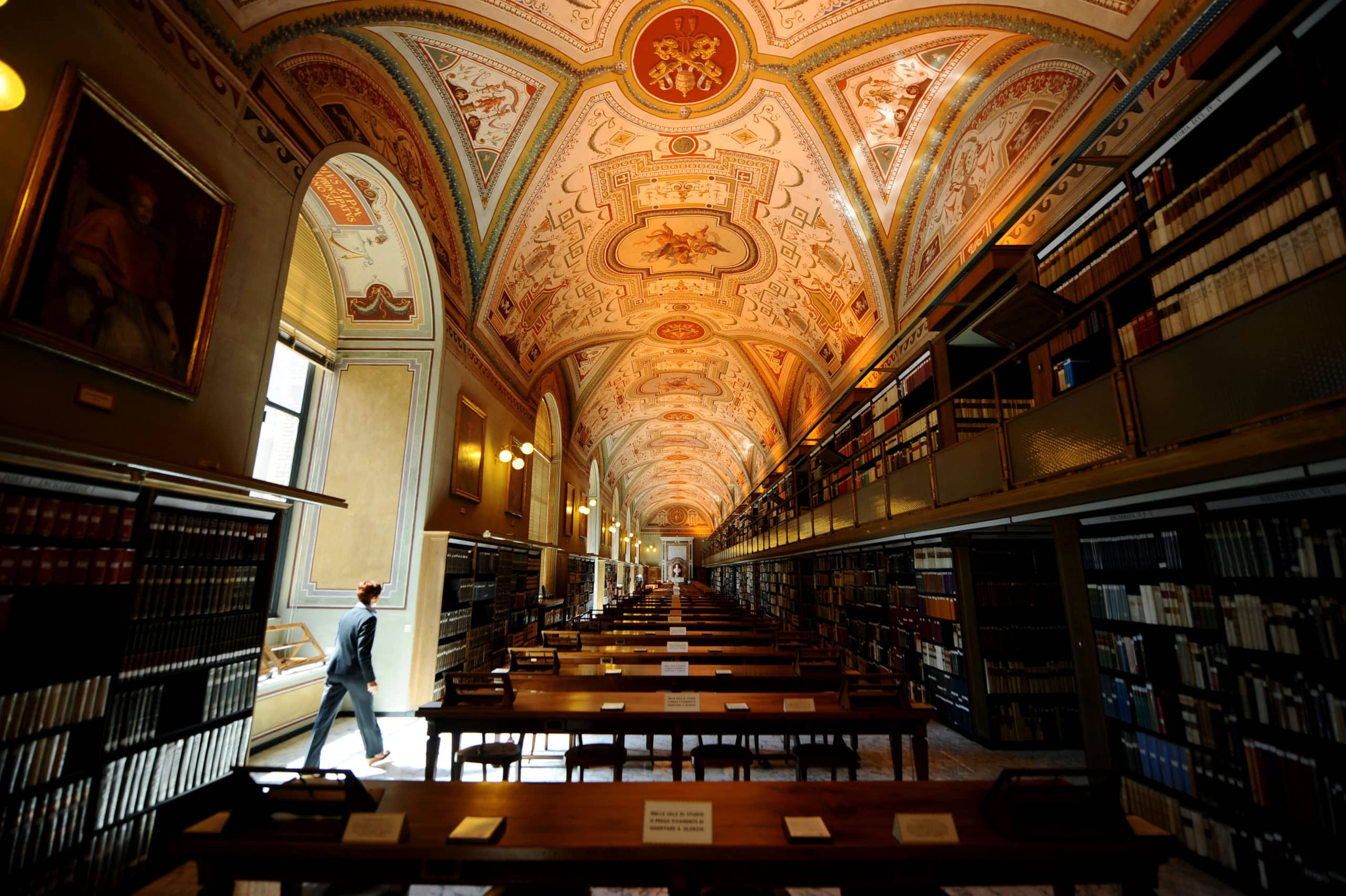 Acclaimed as the largest, oldest and grandest libraries in the world by most medievalists, there is evidence that shows the Biblioteca Apostolica Vaticana dates back as far as the fourth century, where the ‘Scrinium of the Roman Church’ offered both a library and an archive. For unknown reasons, this archive and library were dispersed in the first half of the thirteenth century, leaving new collections to be collected by the Popes of that century.

From there, the mid-fourteenth century marked the beginning of the modern history of the Vatican Library, as Pope Nicholas V decided that the Latin, Greek and Hebrew manuscripts – which had grown to 1,200 – should be made available for scholars to read and study. In this time, the library was made up of a single reading room but soon grew through Nicholas V’s life, as did the size of the collection itself. From there, the sixteenth century saw the library continually develop, particularly under Leo X, with systematic searches and purchases of manuscripts and printed books, continuing into the eighteenth century which was most prominent in the changing appearance and growth of the library’s antiquarian and artistic collections.

After Rome was invaded by the French Empire in 1809, the Vatican Library became a National Library and was enriched with the collections of the religious orders, with Leo XIII overseeing the library being open to a larger public of researchers and historians. And in 1927, the financial support of the Carnegie Endowment for International Peace and the collaboration of the Library of Congress allowed for the compilation of an entirely new card catalogue of the printed books. However, not forgetting about the manuscripts, the beginning of the 1950s saw most of them microfilmed and housed at the Pious XII Memorial Library in St. Louis, Missouri before Prefect Leonard E.Boyle replaced the manual cataloguing definitively with electronic cataloguing between 1984 and 1997.

Continuing with its changes, the new Periodicals Reading Room, where the most important material is available to readers on open shelves, was opened to the public in September 2002. But this wasn’t the only transformational occurrence to take place to the Vatican Library in the 21st century, because September 2010 marked the date when the Vatican’s Apostolic Library re-opened to scholars and academics after three years of large-scale renovations. State-of-the-art library technology was installed with a new tower inside the Belvedere Courtyard which moves manuscripts from their bomb-proof bunker to climate-controlled consultation rooms. Additionally, the library’s 70,000 books were outfitted with computer chips to prevent loss and theft, as well as closed-circuit cameras being installed and automated entry and exit gates to keep note on who is visiting. To add to that, each scholar visiting the library is given a magnetic badge to track their movements inside the library, which is now said to preserve over 150,000 manuscripts, 1.6 million printed books, over 8,600 incunabula, over 300,000 coins and medals, 150,000 prints, drawings and engravings and over 150,000 photographs.

Get to know even more about the Vatican Library and its history by visiting https://www.vatlib.it/home.php