Looking at Libraries – The Library of Congress 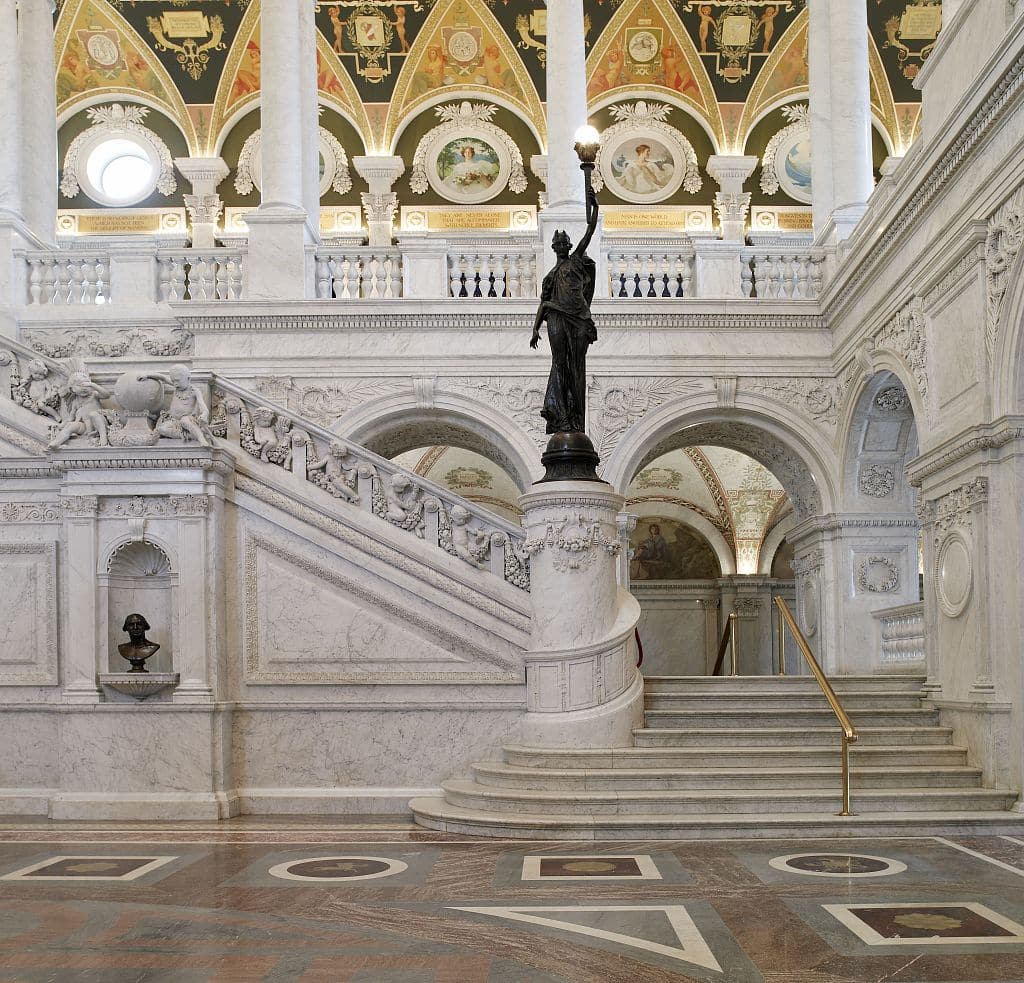 101 Independence Avenue in Washington DC is home to the largest library in the world. With more than one-hundred and sixty-four million items – spanning bookshelves to the total of eight hundred and thirty-eight miles – The Library of Congress is a place of very high cultural and academic importance.

Founded in 1800, this Library is the oldest federal institution in the US.  It was due in-part to its cultural prominence that the Library’s very first residence – the Capitol building – was set alight by British troops in an act of retaliation towards the US for their actions during what is now known as the Second War of Independence (1812-1815). The Library’s core collection was destroyed in the blaze as it tore through the capital on the 28th of August 1814. The fire left the institution with a loss of three thousand volumes.

However, this setback was to be short-lived: On the 30th of January 1815 – just over five months after the books were burnt – Congress approved the purchase of late US President Thomas Jefferson’s personal library. This acquisition saw the Library’s core collection double in size, bolstered by six thousand four hundred and eighty-seven books.

Since 1962, the Library of Congress has had several overseas offices. The purpose of these offices – located in countries including India, Egypt and Kenya – is to act as a bridge for acquisitions, preservation and other such library services in select countries where other conventional methods would be impossible to implement. These offices add to the Library’s status in terms of national and international relevance, in addition to its other vital functions as the main research arm of the US Congress and as the home of the US Copyright Office.

Aside from these exceptional works, the Library of Congress has many rare pieces, including one of the oldest examples of printing found in the world – passages from a Buddhist sutra, printed in 770 AD.

For an institution such as this, library and book security are top priorities. Likened to airport security, the Library of Congress has a search policy that includes an x-ray machine. There is also a strict limit to the amount, size and nature of personal possessions brought into the library by members of the public.

Despite the use of RFID to catalogue many of the libraries pieces and maintain its book security system, it would seem, in some respects, that the institution has a fair way to go in terms of sophisticated technologies. Even with the stringent security measures currently in-place, the Library of Congress has had to defend itself against cyber-attacks twice in the last decade. There is light at the end of the tunnel, however: In June 2017, the Library reported that progress had been made on “IT security and modernisation”.

To find out more about the Library of Congress, including services and exhibitions, visit the website.