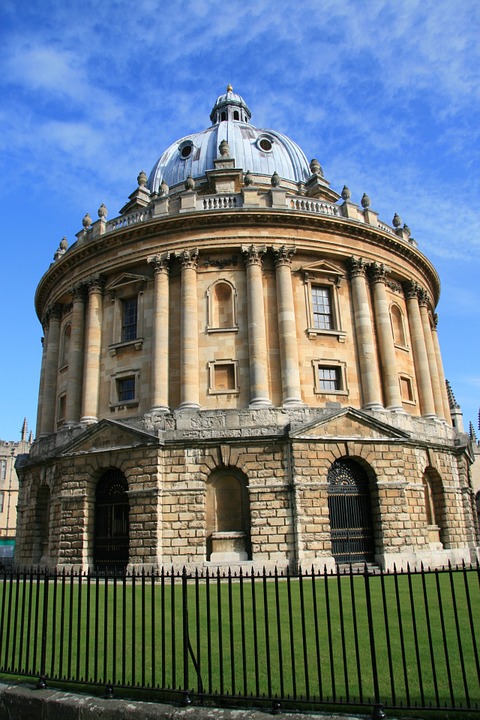 The Bodleian library is the second largest in Britain, after the British Library, as well as being one of the oldest in Europe. This library has been of legal deposit for over 400 years, and over such a long time has achieved a substantial and interesting history. Now home to over 12 million printed items, the Bodleian Library is an eclectic mix of modern library technology and iconic manuscripts.

‘The Bod’, as it is often referred to, was first opened to scholars in the year 1602, alongside an earlier library built by Oxford University in the 1400s which contained books which were donated by the generous Duke of Gloucester at the time, Humfrey (younger brother of Henry V). This library got off to a somewhat shaky start; construction began in 1478 and was completed ten years later. Within 60 years, as part of the Reformation, the Dean of Christ Church had removed all and burnt many, of the library’s books. A lack of funds ensured the books could not be replaced and in 1556 the building was taken over by the Faculty of Medicine.

Luckily, Sir Thomas Bodley (who gave his name to the library we all know and love today) came to the rescue. In 1598 the library was refurbished, housing a new collection of approximately 2500 books, of which some were kindly donated by Sir Bodley himself. He appointed a librarian to the building, named Thomas James, and a short time later, on the 8th November 1602, the Bodleian library opened.

In 1610, Bodley agreed with the Stationer’s Company of London, that a copy of every single book published in England and registered at Stationer’s Hall would be deposited into his library, showing his plans for the library to be ever-expanding as more books were published each year, and because of this Bodley planned and paid for the first extension to the original building, now known as Arts End.

By 1859 the whole of the Schools Quadrangle was in library hands, and the following year the Radcliffe Library was taken over by the Bodleian. Space came under more pressure and resulted in the famous underground book store beneath Radcliffe Square in 1912, ready to house the million books in the library’s repertoire, used by the average of 100 patrons a day.

As you would expect with such a large and prestigious collection, housed in a range of on-site historic and modern architecturally spectacular buildings, as well as off-site storage facilities, library security is an ongoing challenge. The Bodleian has state of the art security measures, including CCTV coverage, tagging, security personnel and stringent ‘access to material’ policies.

For more details of the Bodleian, including its upcoming exhibitions, visit:  http://www.bodleian.ox.ac.uk/bodley